Shots heard round the town...

This morning I awoke to the sound of canons firing. Yes, really! A Civil War reenactment and festival went on several hundred feet away from my bedroom. After several very loud blasts, I woke up and walked outside to see 15 Civil War soldiers firing guns and a canon. I live in Morristown, NJ (sometimes known as the "Military Capital" of the Revolutionary War) near Historic Speedwell. Our town is also very well known for the part it played in the Revolutionary War because George Washington made his encampment and headquarters at Jockey Hollow. It is part of the Morristown National Historical Park and former home and Ironworks of Alfred Vail (he made it possible for Morse code and telegraph use to be practical.) 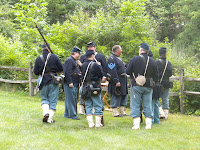 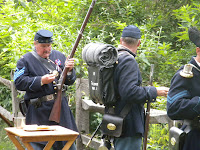 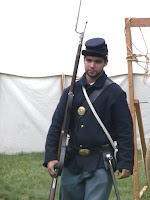 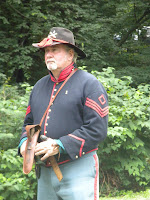 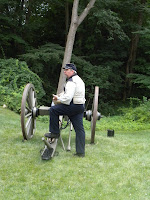 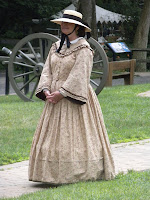 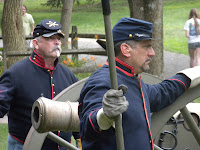 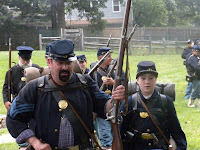 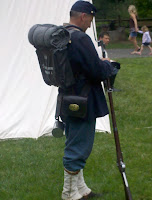 Many thanks to Gabrielle Moulton and Mike Dodd for giving me additional pictures.
Another blogger's pictures of houses in my old neigborhood

Here in New Jersey, every fourth grade social studies curricula centers around our state history. Besides living in Morristown, I have been lucky enough to have taught in Princeton, home to Princeton University, Drumthwacket (the Governor's Mansion), Educational Testing Service (the company that created the SAT and Praxis tests), Albert Einstein, and a major battle site during the Revolutionary War.  I taught right off of Nassau Street, also known as Kings Highway. You can follow Lincoln Highway / King's Highway down the road from Kingston to Princeton and Queenston (now Pennington)!

Check out these pictures of Revolutionary New Jersey!
Some free resources

If you are interested in having some reenactors visit your school, visit the The Society of Jersey Blues website!
What do you know about NJ...besides the Jersey Shore?